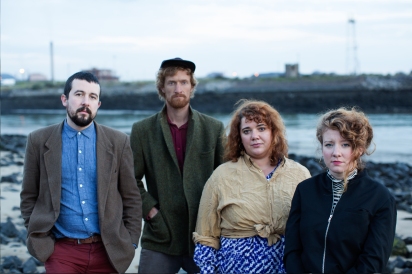 aunch of The Nightjar‘s debut LP ‘Objects’ will showcase the band as a vibrant collective of multi-disciplinary artists and celebrate the value of collaboration. The Nightjar, in partnership with artists Paul Blakemore and Anna Barrett, present a night of sound, light projections and film.

‘Objects’ came into being in the autumn of 2015, when the band relocated to a farmhouse in rural Portugal to begin recording what would become their first full-length offering. The limitations of their equipment and the remoteness of the setting proved to be fertile, creative conditions; leading not only to the raw honesty and directness of the songs, but also a body of artworks, including photography, film and animation.

The Nightjar are supported by The PRS Foundation.